El Dorado Holdings believes in developing Arizona, not just properties. That’s why we dedicate our time and resources to paving the way forward for the people of this great state.

We are committed to working for the long-term success of the Greater Phoenix area and to being an active and responsible member of the business community. We work collaboratively to find solutions for pressing regional development issues, including transportation, environmental sustainability, education and economic development.

When El Dorado Ranch was purchased in 1987, Maricopa and its neighboring rural areas were lacking the critical infrastructure necessary to support future master-planned communities as envisioned by El Dorado Holdings and other landholders. To lay the groundwork for growth, El Dorado Holdings spearheaded the drive to have Maricopa Road, then a two-lane county road, accepted into the state highway system.

This project included obtaining funding from federal, state and county entities as well as the passage of a $10 million district improvement bond. This undertaking also involved the cooperation of both the Gila River Indian Community and the Ak-Chin Indian Community.
As the liaison for all of these varied groups, El Dorado successfully advanced the project. Maricopa Road is now Arizona State Route 238, improved and expanded to a divided four-lane highway.

The new transportation infrastructure provided the necessary access that helped Rancho El Dorado break national sales records when it opened in 2002. With the overwhelming success of the 1,600-acre master-planned community, El Dorado developed additional communities in the Maricopa area.

These efforts led the way for Maricopa to boost its population by more than 4,000 percent since 2000, making it the fastest growing city in Arizona. The 2010 Census showed a population of 43,482 with 17,240 housing units. As the new home market begins to rebound, residential developers and homebuilders have plans for 60,000 new residential homes within the Maricopa city limits and more than 80,000 units outside of Maricopa but within its planning limits.

Now El Dorado Holdings is once again working across entities for the benefit of the northwest Valley. The final stretch of the CANAMEX Corridor, the proposed I-11 freeway, would run through Douglas Ranch. The construction of this freeway would complete the international trade route from Mexico to Canada, provide a direct link between Phoenix and Las Vegas, and open up the West Valley to commerce and residential opportunities. 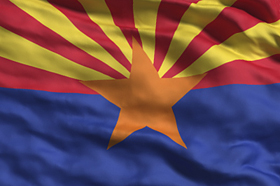 “With a population of more than 6.4 million, median age of 35.9 years and business-friendly tax structure, Arizona will continue its track record as one of the fastest growing states in the U.S.”
Copyright © 2012–2021 El Dorado Holdings, Inc. All Rights Reserved.
8501 N. Scottsdale Rd, Suite 120 | Scottsdale, AZ 85253
Home